Cubico Sustainable Investments (Cubico), one of the world’s largest privately-owned renewable energy companies, has appointed David Swindin as its new CEO, who will assume responsibilities from today.

David Swindin replaces Steve Riley who will be retiring after leading the company for five years; building its technical, construction and operational capabilities to the highest standards and growing the geographic and technology footprint to 12 countries and four different technologies.

“It has been a privilege to lead this diverse, multi-cultural team of amazing, talented people who have made Cubico what it is today. It has been great fun along the way and I never stopped learning new things. This is a special company destined to do special things and I am sure under David’s leadership it will achieve them,” said Steve.

David Swindin had previously been Cubico’s regional Head of EMEA since it was formed in 2015 and has played a key role in driving the company’s growth over the last seven years.

“I am delighted to be taking over as Cubico’s new CEO and feel tremendously privileged to be given the opportunity to lead the company through the next stage of its development.

“Having been at Cubico since its inception, I have seen it grow to become a world class renewable energy platform and I can only express my gratitude to Steve Riley for leaving us in such a good position and passing on such a passionate and capable team. I look forward to helping Cubico play an even greater leading role in the energy transition and to expanding our global presence,” said David. 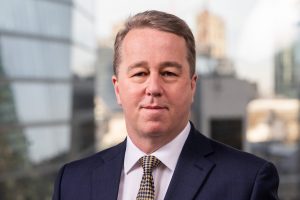